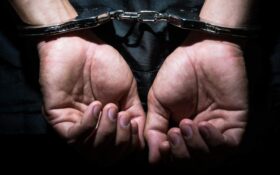 According to news reports, the arrest comes as no surprise.

Bradley had purportedly been under investigation for quite some time.

The man who was once known as a rising star in the Democratic Party — called the “Cory Booker” of Bridgeport, Connecticut — is now facing serious charges.

In order to qualify for the state’s public campaign financing system, the pair lied about a March 2018 campaign event and the number of campaign contributions they had received, prosecutors said.

Authorities said the two improperly received $84,140 from the Connecticut Citizen’s Election Fund for the 2018 Democratic primary and improperly sought to obtain another $95,710 for the general election.

“I think I can say it’s very strong evidence against him,” Assistant U.S. Attorney Jonathan Francis said in arguing for a high bond.

Bradley’s attorney, Jim Glasser, said he had a very different view of the strength of the government’s case.

Rocked by public corruption scandals, Connecticut passed a law in 2005 that created a voluntary system in which legislative and statewide candidates receive public funds to run their campaigns so long as they agree to strict rules about spending and fundraising.

They must collect a specific number of small contributions — $5 to $100 — from individuals, including many living in their districts, to qualify for the program and receive grants for their campaigns. Contributors cannot be lobbyists, or current or prospective state contractors, or their family members. The state sets a $2,000 limit the expenditure of personal funds.

“Candidates for public office must be held to a high standard of conduct, especially when they apply for public funds for their campaigns,” Acting U.S. Attorney Leonard Boyle said. “It is alleged that these defendants not only broke the rules at the outset of Mr. Bradley’s first campaign for the State Senate, but then engaged in an extensive cover up to conceal their illegal behavior and to receive additional public funds. The U.S. Attorney’s Office and our FBI partners are committed to holding public officials to account.”

Bradley was elected in 2018 to represent the 23rd state Senate district, which includes Bridgeport. He was removed as deputy majority leader and co-chairman of the General Assembly’s Public Safety and Security Committee, which oversees issues ranging from police and fire training and emergency preparedness to state building codes and legalized gambling.

“Based on the current available information regarding Senator Bradley, I have taken a first step to protect the integrity of the State Senate,” State Senate President Pro Tempore Martin Looney said.

The Senate was expected to consider a major gambling and sports betting bill on Tuesday. Typically, the committee co-chairman would lead that debate. State Sen. Cathy Osten, D-Sprague, named as Bradley’s temporary replacement pending disposition of the charges, is expected to fill in.

Bradley, a 37-year-old lawyer, also served as chairman on the Bridgeport Board of Education from 2015 to 2019.

Martinez, 39, still serves on the Bridgeport school board after being removed as chairperson last year, the Connecticut Post reported.