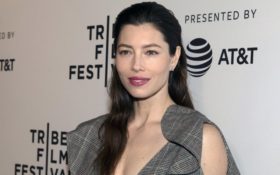 Actress Jessica Biel says she’s not opposed to vaccinations, but she does not support a bill in California that would limit medical exemptions.

The 37-year-old has drawn criticism after appearing this week in Sacramento with vaccination skeptic Robert F. Kennedy Jr. to voice concerns about the measure.

Biel posted on Instagram Thursday morning that she supports children getting vaccinated and she also supports families having the “right to make educated medical decisions for their children alongside their physicians.”

Biel wrote that she argued against the bill because her friends have a child with a medical condition warranting an exemption and the bill would “greatly affect their family’s ability to care for their child.”

The bill follows a recent rise in cases of measles, mumps and other infectious diseases nationwide.