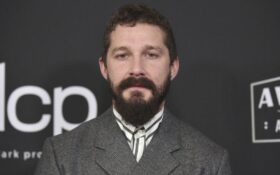 Shia LaBeouf has been charged with misdemeanor battery and petty theft.

Prosecutors allege that the 34-year-old actor fought with a man named Tyler Murphy and took his hat, according to a criminal complaint obtained by The Associated Press on Thursday from the Los Angeles city attorney.

The charges were filed on Sept. 24 for the June 12 incident.

A representative for LaBeouf did not immediately respond to an email seeking comment.

LaBeouf, who first gained fame as a teenager on the Disney Channel show “Even Stevens,” is known for his roles in 2007′s “Transformers,” 2008′s “Indiana Jones and the Crystal Skull,” and last year’s “Honey Boy,” a film he also wrote about his relationship with his father.

He has had several run-ins with the law during his career, including a 2017 New York arrest for public drunkenness and disorderly conduct that was captured on a livestream video. He was sent to court-mandated rehabilitation for the incident.