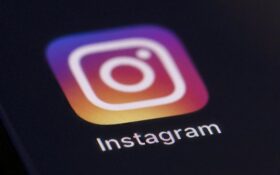 Political adversaries in Congress are united in outrage against Facebook for privately compiling information that its Instagram photo-sharing service appears to grievously harm some teens, especially girls, while publicly downplaying the popular platform’s negative impact.

Mounting public pressure over the revelations have prompted Facebook to put on hold its work on a kids’ version of Instagram, which the company says is meant mainly for tweens aged 10 to 12. But it’s just a pause.

For some of the Instagram-devoted teens, the peer pressure generated by the visually focused app led to mental-health and body-image problems, and in some cases, eating disorders and suicidal thoughts. It was Facebook’s own researchers who alerted the social network giant’s executives to Instagram’s destructive potential.

Those revelations in a report by The Wall Street Journal, based on internal research leaked by a whistleblower at Facebook, have set off a wave of anger from lawmakers, critics of Big Tech, child-development experts and parents.

Facebook’s head of global safety, Antigone Davis, has been summoned to testify Thursday by a Senate Commerce Committee panel digging into Instagram’s impact on young users.

She’s expected to tell the lawmakers that Facebook works to prevent children under 13 from gaining access to platforms that aren’t suitable for them. The company is developing features to protect young people on its platforms, using research and consultations with outside experts to make the users’ experience positive, Davis is set to testify.

She says Facebook has a history of using its internal research as well as outside experts and groups to inform changes to its apps. The goal is to keep young people safe on the platforms and ensure that those who aren’t old enough to use them do not.

The committee’s chairman, Sen. Richard Blumenthal, D-Conn., and its senior Republican, Sen. Marsha Blackburn of Tennessee, sit on opposite ends of the political spectrum. Blumenthal is a leading liberal, a former federal prosecutor who has pursued powerful industries over consumer protection issues and stressed civil rights. Blackburn, a solid ally of former president Donald Trump, is an outspoken conservative and abortion foe who has repeatedly accused Facebook, Google and Twitter of censoring those viewpoints.

Blumenthal and Blackburn also plan to take testimony next week from a Facebook whistleblower, possibly the person who leaked the Instagram research documents to the Journal.

A preview of the grilling Davis faces came last week, when, in a separate Senate hearing, Blumenthal told another Facebook executive regarding the Instagram research, “You’ve been sent here to defend the indefensible.”

“Accountability is coming,” Blumenthal said. “And it will be bipartisan.”

Facebook has criticized the Journal story as cherry-picking from its research, though it didn’t dispute the authenticity of the documents.

Despite the well-documented harms, Facebook executives have consistently played down Instagram’s negative side and have forged ahead with work on Instagram for Kids, until now. On Monday, Instagram head Adam Mosseri said in a blog post that the company will use its time out “to work with parents, experts and policymakers to demonstrate the value and need for this product.”

Already in July, Facebook said it was working with parents, experts and policymakers when it introduced safety measures for teens on its main Instagram platform. In fact, the company has been working with experts and other advisers for another product aimed at children — its Messenger Kids app that launched in late 2017.

Democrats train their criticism mainly on hate speech, misinformation and other content on the platforms that can incite violence, keep people from voting or spread falsehoods about the coronavirus.

The bipartisan pile-on against Facebook proceeds as the tech giant awaits a federal judge’s ruling on a revised complaint from the Federal Trade Commission in an epic antitrust case and as it tussles with the Biden administration over its handling of coronavirus vaccine misinformation.

Meanwhile, groundbreaking legislation has advanced in Congress that would curb the market power of Facebook and other tech giants Google, Amazon and Apple — and could force them to untie their dominant platforms from their other lines of business. For Facebook, that could target Instagram, the social media juggernaut valued at around $100 billion that it has owned since 2012, as well as messaging service WhatsApp.