Should you STOP itemizing your taxes? (Surprising) - The Horn News 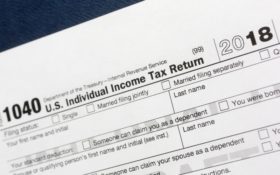 Around this time of year, many taxpayers begin the annual ritual of pondering The Big Question: Do I take the standard deduction or spend time hunting for receipts and filling out extra forms to itemize? The decision largely boils down to whether itemizing will reduce your taxable income more than the flat, no-questions-asked standard deduction will, thus saving you money.

But a major plot twist may make the issue even more vexing for some this tax season: The standard deduction nearly doubled in 2018 to $12,000 for single filers, $18,000 for heads of household and $24,000 for joint filers.

Generally, that means that a married couple filing jointly, for example, would now need to cobble together at least $24,001 in various tax deductions for itemizing to lower their tax bill more than taking the standard deduction would.

1. YOU DIDN’T PAY A LOT OF MORTGAGE INTEREST

The tax deductions for mortgage interest and property taxes have been boons to itemizers because they often add up to more than the standard deduction, says Andrew McCue, a certified public accountant at Weiss & Company in Glenview, Illinois.

But if you didn’t pay much in property taxes, had a small mortgage or were at the tail end of your mortgage (where the payments were mostly toward principal and not much interest), these itemized deductions may not save you as much this year as the standard deduction could.

“If those are adding up to a substantial amount, that’s when you want to look at it and look at the standard deduction,” he says.

2. YOU USED THE DEDUCTION FOR STATE AND LOCAL TAXES

The federal deduction for state and local income taxes is popular among itemizers, but a new cap of $10,000 for joint filers this year means some people may be better off taking the standard deduction instead, McCue says.

But even with the cap in place, taxpayers who also have deductible mortgage interest might still save more by itemizing this year, he says. “In Illinois, it’s not hard for me to say I’ve got $6,000 of property taxes, but that varies a lot state to state,” he says.

Add in another $6,000 for mortgage interest, and “just with those two items, you’re at the standard deduction for an individual,” he says.

3. YOU DIDN’T DONATE A LOT TO CHARITY

Charitable donations are a well-known tax deduction for itemizers, but if this year’s higher standard deduction gets you a bigger tax break, the tax-deductibility of your gifts may be a moot point, says Kasey Pittman, a CPA at Newport News, Virginia-based accounting firm PBMares.

“They’re not going to see that added benefit from donations, and I think once they figure that out, they’ll learn to plan their donations and to be more thoughtful about what year they give in and such,” she says.

For example, giving $5,000 to a favorite charity once every five years could save more money than giving $1,000 every year for five years. That’s because “bunched” donations, when combined with other itemized deductions, could get you over the higher standard-deduction threshold and make itemizing worthwhile financially, Pittman says.

4. YOU DIDN’T HAVE HUGE MEDICAL EXPENSES

In general, unreimbursed medical expenses that are more than 7.5 percent of your adjusted gross income may be deductible if you itemize, says Travis McMurray, a CPA at accounting firm Blackburn, Childers & Steagall in Tennessee. But the higher standard deduction could still be a better option.

“Quite honestly, you’d have to have a pretty significant medical event for that to kick in, or your income must be pretty low,” he says.