Should Every Patriot Own a Copy of This Book? - The Horn News 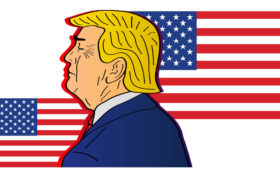 Casey, a multi-millionaire and investing legend, doesn’t pull any punches when it comes to “political correctness”…

From the corruption of the federal government:

Politics produces nothing; it’s all about who decides who gets what at whose expense. (pg. 48)

… to Trump and Russia:

One of the things I liked about Trump was that he seemed to want a détente, to even be friendly, with the Russians. Which would be smart… (pg. 140)

Without Western ideas the whole world would resemble Africa, or Cambodia, or Mongolia—not even today, but 200 years ago.(pg. 22)

I like living in a financial bubble. It’s pleasant… but it’s a fool’s paradise. There are a lot of problems, and they’re bubbling to the surface. (pg. 93)

SEE ALSO: 70s Investing Legend Left Clues About Coming Financial Event (could one group of stocks be on the verge of a huge…)

But whether you agree with his views or not . . .

You’ll want to read this controversial book for one other important reason:

This man is rarely wrong about major events.

“A hundred years from now . . . Doug Casey may well be remembered as one of the great prophets of our time.”

If you want to see his latest, bold prediction about what’s coming for America and the world . . .

I urge you to click here before we are forced to take this offer down.

There’s no telling how long we can keep this book available.

Sadly, we are living in a time when people feel pressured into staying silent… or outright lying out of fear of retribution.

That’s why Doug has made a promise to send an exclusive copy of this book to every real American with a valid address (while supplies last).