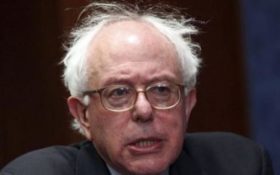 At the first Democratic debates this week, presidential hopefuls took their turns courting the Hispanic vote by speaking in Spanish, but only one candidate spoke a truly foreign language: the truth.

All 20 candidates have shifted to Sen. Bernie Sanders, I-V.T., 2016 plan and agreed taxpayers need to give more power and money to the government.

Sanders and the Democrats want open borders, slavery reparations, and free healthcare for illegals — and they want to stick you with the bill.

But one candidate that nobody had ever heard of had the nerve to tell the American people the truth: The Democrats’ Medicare for All plan would close hospitals from sea to shining sea.

In front of the entire Democratic Party, former Congressman John Delaney said that Bernie Sanders’ Canadian-style healthcare plan is a “bad policy” that would hang a “Going Out of Business” sign on every single emergency room in the country.

During the first debate on Wednesday night, Beto O’Rourke and New York City Mayor Bill de Blasio got into a scrape over abolishing private health insurance, when Delaney dropped a truth bomb.

“A hundred million Americans say they like their private health insurance, by the way,” Delaney said.

He said he supports “giving” healthcare to Americans for “free,” but “we should also give them the option to buy private insurance.”

Then he stomped all over the crown jewel of the Democratic Party’s healthcare agenda: Medicare for All.

“If you go to every hospital in this country and you ask them one question, which is, ‘How would it have been for you last year if every one of your bills were paid at the Medicare rate?’ Every single hospital administrator said they would close. And the Medicare for All bill requires payments to stay at current Medicare rates,” Delaney said.

In case anyone missed his point, Delaney put it the plainest way he could: “To some extent, were basically supporting a bill that will have every hospital close.”

“Why do we have to stand up for taking away something from the people?” he asked.

We crunched the numbers, and Delaney is right: Sanders plan should be called “Foreclosure for All.”

Medicare pays hospitals a lot less money than private insurance—about 40% less. The can amount to tens of thousands of dollars difference on each procedure.

Add it up, and that means hospitals will lose about $150 million a year, according to the Journal of the American Medical Association.

That’s more than most hospitals can take, especially since so many are flooded by illegal immigrants who have no insurance.

The facts actually broke in the most prestigious outlet of the mainstream media: The New York Times.

“Some hospitals, especially struggling rural centers, would close virtually overnight, according to policy experts,” according to the paper. “Others, they say, would try to offset the steep cuts by laying off hundreds of thousands of workers and abandoning lower-paying services like mental health.”

The poorest hospitals would be the first to go under. It’s simple economics.

Reason magazine described how the Democrats’ bankruptcy-level payments “would be hardest to bear for rural hospitals that serve poorer populations … They would likely be first to close, leaving local residents with fewer health care options.”

Medicare for All is “a plan that would make health care worse and less accessible for the nation’s rural poor.”

Memo to John Delaney: His fellow Democrats don’t care. They don’t live there. Their gold-plated government healthcare isn’t threatened because the wealthy never suffer under their own system.

Death is for serfs, servants, and the tax-paying slaves.

Wednesday was the first time most Americans even heard the name of the former congressman from Maryland—and if the Democratic Party has its way, it will be the last.

But the words he spoke should be repeated every day between now and the election next November.

Along with Sanders, candidate Bill de Blasio and Sens Elizabeth Warren, Kamala Harris, Cory Booker, and Kristen Gillibrand have called for private insurance to come to an end.

This “Medicare for All” bill would make it “unlawful” for “a private health insurer to sell health insurance coverage that duplicates the benefits provided under this Act.” And almost any coverage would “duplicate” something in that enormous government takeover.

That means the end of your local hospital.

It doesn’t matter that only 13% of Americans would back a Medicare for All plan if it abolished private health insurance.

If a Democrat gets elected president next year, you’ll get Medicare for All — at least, until it shuts your local ER and EMT unit down for good.