SHOCK! Dems admit: Trump is RIGHT about the border crisis! - The Horn News 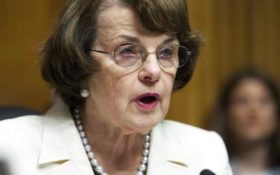 Earlier this year, Democrats mocked President Donald Trump for declaring a humanitarian crisis at the border… accused him of pulling a stunt when he visited the region to highlight problem… and stubbornly refused to help.

They even shut down the United States government for more than a month over it!

Now, they’re working on a multibillion-dollar aid package to – you guessed it – help with the humanitarian crisis at the border.

The one they said didn’t exist. The one the liberal media said was manufactured by Trump.

The Hill reports that they’re working with Republicans on a package that would provide up to $4.5 billion in federal aid to handle the flood of migrants from Central America that have traveled through Mexico to reach the United States border.

This is not only a stunning reversal but also proof positive that Democrats so blinded by their hatred of Trump that they won’t even work with him to deliver basic humanitarian aid.

And make no mistake about it: Trump has repeatedly requested big money not just for his border wall, but for aid.

More than two-thirds of a multibillion-dollar funding request sent to Congress last month by the Trump administration was for humanitarian aid. That request had $3.3 billion set aside for humanitarian aid, with a very small portion for security measures.

Democrats in Congress balked because of that second half.

But security is also a crisis… and lack of security is part of the reason for the humanitarian problems.

As The Horn News reported in March, border security officials were deeply concerned not just by the illegal entries but their own inability to assist those in need – and that immigrants were being released without proper screening and protection from potential predators.

That’s still an issue, and it’s getting bigger.

One had been convicted in Colorado for sexual assault… another was convicted of sexually assaulting a child in Virginia… while the third raped a child. All three were deported, yet all three were caught trying to come back (and they’re hardly the only examples – just the ones we know of).

No one, of any political party, should want predators in the country, making basic funding for security just as critical as humanitarian aid.

Yet the Democrats are playing games over that portion of the request – and even their friends in the leftist mainstream media are calling them out over it.

“While lawmakers wring their hands and drag their feet, tens of thousands of migrant children are suffering. Congress needs to get serious about dealing with that suffering.”

But why is this a surprise?

Democrats in Congress have been playing politics all along, including during the shutdown.

They didn’t give him the money… and they also wouldn’t even negotiate over it – and accused him of “manufacturing” a crisis at the border.

“This president just used the backdrop of the Oval Office to manufacture a crisis, stoke fear and divert attention from the turmoil in his administration,” Senate Minority Leader Chuck Schumer, D-N.Y., said after Trump addressed the American people during the shutdown.

“The President has manufactured a humanitarian crisis,” House Homeland Security Committee Chairman Bennie Thompson, D-Miss., said at the time on Twitter. “It is solely Trump’s fault NOT the Democrats.”

Well, now they’ve been FORCED to admit that it’s not Trump’s fault after all.

There was – and is – a humanitarian crisis at the border.

And that means when the Democrats refused to provide funding to aid those in crisis at the time, THEY “manufactured” it!

Yet they have the nerve to not only blame him but use this same discredited talking point on the campaign trail.

“I don’t think he cares if it gets better, but he certainly doesn’t benefit from comprehensively fixing the problem,” South Bend Mayor Pete Buttigieg told Axios news. “And I wouldn’t put it past him to allow it to become worse in order to have it be a more divisive issue, so that he could benefit politically.”

Looks like the only ones who benefit politically are the Democrats who keep using it as a talking point against Trump… while ignoring the true crisis at the border.