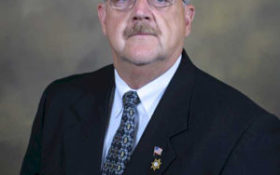 A group of five cheerleaders have vowed to take a knee when the national anthem is played at Saturday’s homecoming game — but if they do it on the field, they could be arrested.

The Kennesaw State University cheerleaders have been instructed by the university to remain in the tunnel during the anthem because of an earlier demonstration.

If they try to force their way from the tunnel onto the field Saturday to kneel, they would face arrest for trespassing — and don’t expect Georgia lawmen to be sympathetic to their liberal cause.

Cobb County Sheriff Neil Warren tells The Marietta Daily Journal he called the school president after that game and was assured the demonstration would not happen again.

“During a recent conversation, [the president] assured me that this will not happen again. I hope he is right because I stand with America, I stand to show respect to our military and all those that serve in public safety,” Warren said. “Hopefully this Saturday, Penny and I can get back to enjoying our season tickets and support the many great things happening at KSU.”

Kennesaw State University cheerleader Shlondra Young tells The Atlanta Journal-Constitution that the so-called “Kennesaw Five” will kneel until the U.S. flag “represents what it should.”

“Today , I kneel for equality , I kneel for social injustice and I kneel for those who unjustly lost their lives and are no longer here to kneel for themselves . I kneel in a city where a confederate culture still exists among some and issues such as this are often placed on the back burner,” reads a portion of Young’s Facebook post.

The cheerleaders say they’ve paid attention to the nationwide debate over NFL players kneeling during the anthem, and they prayed before doing so at a Sept. 30 game.

School officials say they moved the cheerleaders off the field before games to “improve the fan experience.”

If they try to force the issue, they could leave the field in handcuffs.