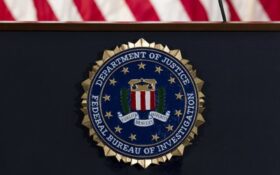 A North Carolina sheriff’s office is giving people a chance on Valentine’s Day weekend to show their former lovers they’re still wanted by turning them in if they have outstanding warrants.

The Nash County Sheriff’s Office is offering what it calls a “Valentine’s Day Weekend Special,” which it described as “a special too sweet to pass up.”

The “offer” posted on its Facebook page includes what the sheriff’s office described as a set of limited-edition platinum bracelets, free transportation with a chauffeur and a one-night minimum stay in “our luxurious (five-star) accommodations.” It tops the offer with a special Valentine’s dinner.

“Operators are standing by,” says the post at the end, which includes a picture of a rose next to a set of handcuffs.

Some reactions to the post praised the idea as brilliant and hilarious, and one person suggested whoever came up with the idea deserves a raise. The News & Observer of Raleigh reports others did not find it funny. “Nothing like making a joke about people’s freedom!!” one commenter posted.