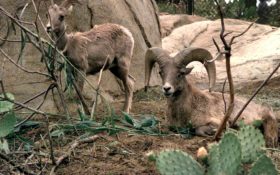 A sheep farmer in Britain has been found guilty of planting baby food laced with metal shards in stores as part of a plan to blackmail a supermarket chain.

Prosecutors said Nigel Wright, 45, contaminated jars of Heinz baby food between 2018 and February, and sent dozens of emails and letters to Tesco in a bid to extort 1.4 million pounds ($1.84 million) in the online currency Bitcoin.

Wright claimed to be part of a group of farmers angry at the low price they were paid for the milk they sold.

Tesco had to recall about 42,000 jars of baby food after a mother reported discovering pieces of metal in one of the jars. A second mother later also came forward saying she made a similar discovery while feeding her 9-month-old.

Wright was caught on closed-circuit television planting one of the jars on a shelf, and was later tracked down to his home, where police found photos of contaminated baby food on his laptop. Officers also recovered about 100,000 pounds in Bitcoin which had been sent by undercover officers during the investigation.

A jury found him guilty of two counts of contaminating goods and three counts of blackmail.

A judged said Wright appeared to have a mental disorder and asked for a psychiatric report to be prepared ahead of his sentencing, expected in September.