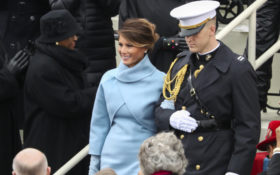 Throughout American history, the First Lady’s inaugural wardrobe is always a talked about affair, with gowns making their way to the Smithsonian to be saved for future generations.

First Lady Melania Trump stunned at the Inauguration Friday in a powder-blue Ralph Lauren jacket and dress, reminiscent of former First Lady Jackie Kennedy’s famous inaugural outfit. But there was also a secret message Melania was sending — there wasn’t just fashion involved in her choice. 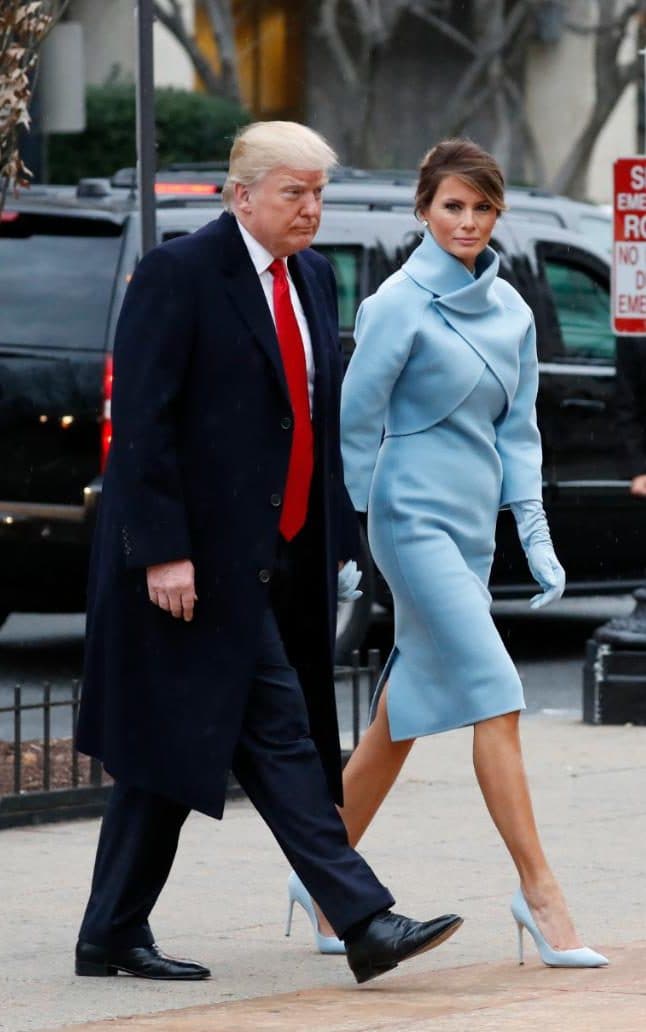 Ralph Lauren has designed for many first ladies, and Melania stuck to tradition with this classic choice. Not only is Lauren a staple of Americana, he has financially supported American traditions.

He donated $13 million to help protect the flag that inspired “The Star Spangled Banner.” He also outfitted the American Olympic team, and was honored in 2014 with the James Smithson Bicentennial Medal to celebrate his patriotism and charity work.

The beautiful blue ensemble epitomizes American pride and could not have been more appropriate for such an important day in history.

Melania Trump proved her passion for patriotism and her support of President Donald Trump’s “America First” policy simply with the clothes on her back.

But the symbolism of her outfit choices didn’t stop there.

Following the inauguration, the Trump family headed to two inaugural balls for an incredible celebration.

Melania donned a white gown with a single thin, red ribbon around the waist and a ruffle flowing down her torso. The former model assisted in designing the gown with French designer Hervé Pierre.

And there’s more to this Frenchman than meets the eye. 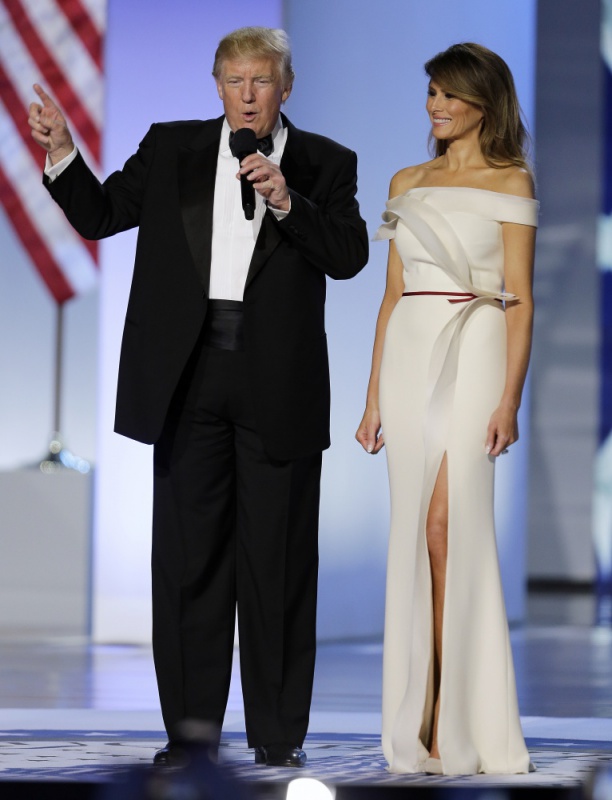 Pierre earned his U.S. citizenship just months ago, in the fall of 2016, representing Trump’s unwavering support and approval of LEGAL immigrants who obtain their citizenship the right way.

As a legal immigrant herself, it’s appropriate for Melania to display her appreciation and support for other immigrants who came to America legally.

She isn’t the first First Lady to use her wardrobe to make a point.

For example, Rosalyn Carter caused controversy in 1977 at her husband’s inauguration, opting to re-wear an old dress of hers. This unusual choice was symbolic of the recession and state of the nation at the time.

With each inaugural gown making their way to the Smithsonian’s National Museum of American History, the significance is cemented in history for generations to come.

Melania Trump’s wardobe choices throughout the inaugural weekend prove she is ready to take on the important post of First Lady, and is clearly aware of the message she can send with each outfit decision.