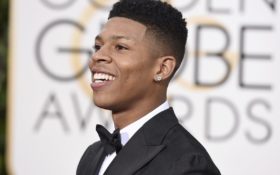 Another “Empire” actor has been arrested in Chicago, but this time on a traffic-related offense.

Police spokeswoman Karie James said Monday that Bryshere Gray, who plays a younger brother of Jussie Smollett’s character on the Chicago-based Fox TV show, was pulled over Thursday because a temporary license plate didn’t match the 2014 Rolls Royce he was driving. She says he was arrested on a misdemeanor registration charge and ticketed for driving an uninsured vehicle and failure to carry a driver’s license.

James says the 25-year-old Gray isn’t in custody, but it wasn’t immediately clear when he was released. Chris Alexander, a publicist for 20th Century Fox Television, didn’t immediately reply to a message seeking comment.

Smollett was arrested earlier this year on charges alleging that he had lied to police when he claimed he was the victim of a racist and homophobic attack in January. Prosecutors later dropped the charges.