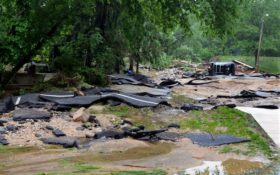 The deadly flash flood that devastated a Maryland town’s historic center in July 2016 was dubbed a 1-in-1000 year event. Less than two years later, an even more treacherous flood ravaged the town, gutting shops and killing a visitor.

Exasperated locals, just starting the strenuous task of picking up the pieces from Sunday’s disaster, are calling for authorities to energetically focus on finding a permanent stormwater solution for Ellicott City’s downtown district, situated in a ravine some 13 miles  west of Baltimore.

“Who would have thought this was going to happen in two years? But it happened again. And maybe we’re never going to see Old Ellicott City again,” said resident Sahil Saini, standing outside a community center doubling as a shelter.

Flooding is hardly new for historic Ellicott City, a onetime home to mill workers that transformed into a tourist hub known for its restaurants, antique shops and nightlife. There was a devastating flood in 1868 that killed at least 43 people. Locals who can remember still talk about the one that deluged the town in 1972.

But the recent destructive floods are different, many locals say. They note that the old town’s vulnerabilities have increased as housing developments were built in hills above, removing critical protections against flooding and increasing the amount of impervious surfaces. 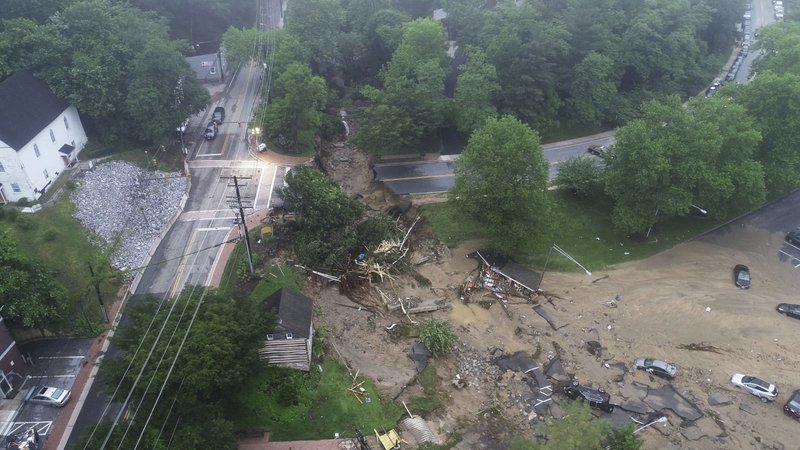 “The unbridled development is a scandal,” said Steve McKenna, who lives within walking distance of the freshly ravaged Main Street. “It’s one thing when water gradually rises when it rains. It’s another thing when a million gallons of runoff comes racing down the hill.”

During the most torrential rains, the Tiber and Hudson tributaries of the Patapsco River roar together, bursting over culverts twisting through the heart of downtown, fueled by stormwater runoff. Even some people living in the townhouse complexes at the top of the hill know there’s something wrong.

“These hills just feed the downtown with water. By design, it’s a mess. It seems like there’s nowhere else for the water to go,” said Guan Yang, an electrical engineer who moved to a relatively new townhouse development above Ellicott City’s downtown two years ago. 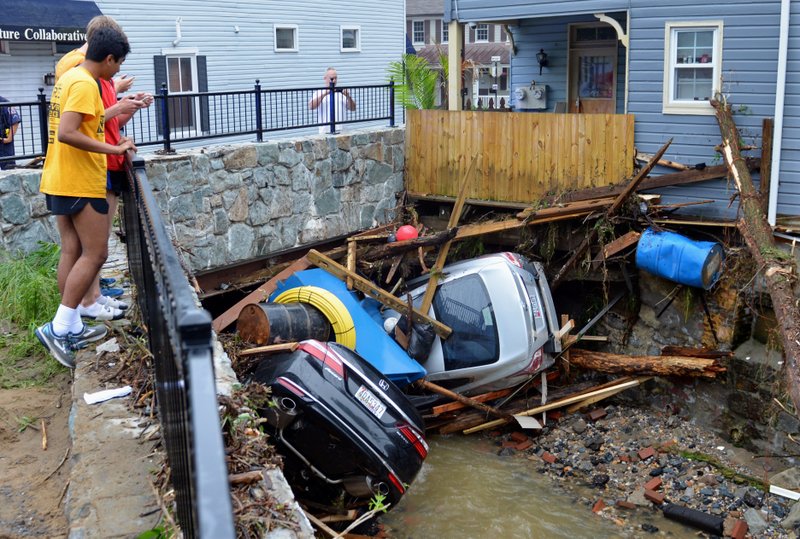 After 2016′s flash flood, Howard County Executive Allan Kittleman had the county’s planning department to draft a master plan to prevent future disasters. This week, officials told reporters that only 30 percent of a flood mitigation project started after the 2016 disaster had been finished.

Kittleman told The Associated Press that two stormwater retention ponds were being worked on, with plans to install pipes to divert water flow.

“Unfortunately, it takes time to have those larger projects get done. And so we were in the process of working on those, but no one could even think that something like this could happen in such a short time,” he said.

Some locals are understanding, saying there’s only so much that actually could be done 22 months between extreme weather events.

“Of course, we would all like to have seen some infrastructure in place. However, we also understand there’s a process and he (Kittleman) was doing the best he can,” resident Randolph Hoenes told reporters during an organized media tour of Main Street. 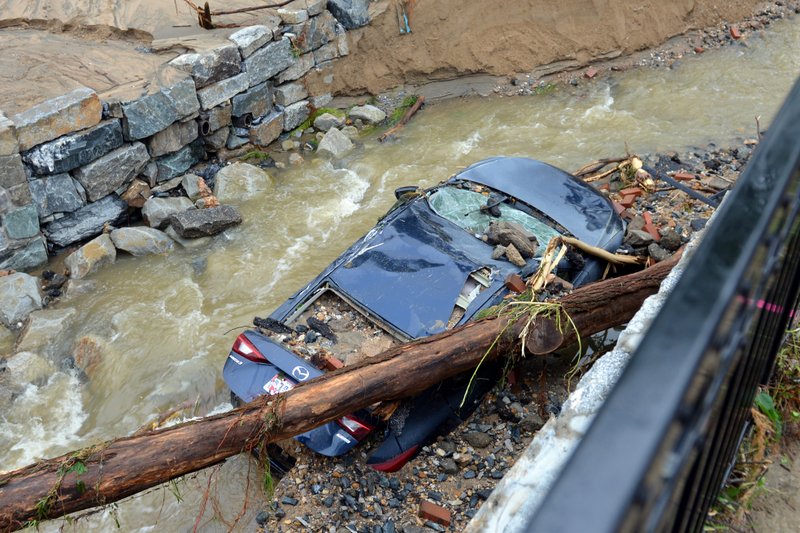 But Judah Cohen, a climatologist who is seasonal forecasting chief at Atmospheric Environmental Research in Lexington, Massachusetts, said what happened Sunday in Ellicott City appears consistent with climate change expectations. “Extreme heavy precipitation events are increasing in the Northeast U.S.,” he said by phone.

The National Weather Service said some 8 inches of rain fell in Ellicott City by Sunday night, when torrents raged through the town. In the July 2016 flood, over 6 inches fell, much of it in 90 minutes or less.

With floodwaters receded, Main Street business owners like Nicholas Johnson are now weighing whether it makes sense investing in rebuilding. If they stay to fight for another comeback, they say they’ll be watching authorities closely to ensure floodwater mitigation is the No. 1 priority. 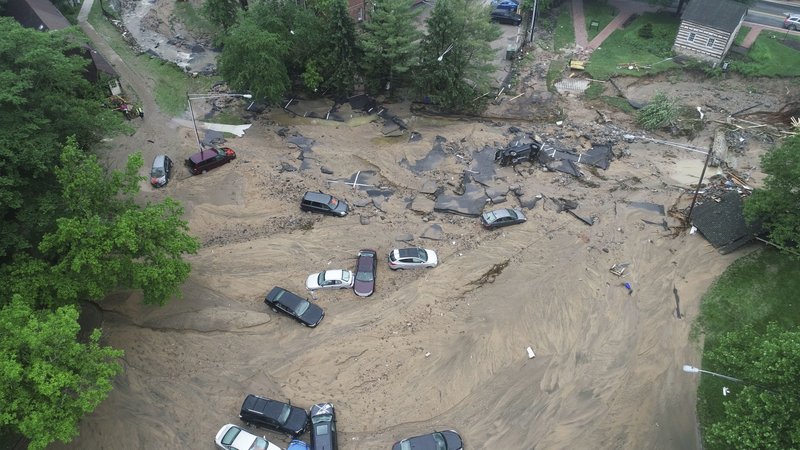 “We would need some measure of assurance that this wasn’t going to happen again,” Johnson said by a Main Street building where the entire first-floor storefront was ripped out. “One of the reasons we came back (after 2016′s flooding) was because it was dubbed a 1,000-year flood. Well, here we are 22 months later and there’s another 1,000-year flood that’s more devastating.”