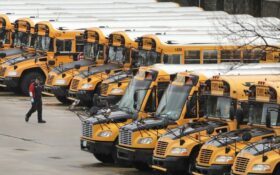 The government has spent generations dumbing down America. Now, it wants to erase the evidence.

Some of America’s largest school districts have so many students getting low grades that they’ve abolished giving out Ds and Fs.

School districts in Los Angeles, San Diego, Santa Ana, Oakland, Sacramento City, and several other cities in California have told teachers not to give out the two lowest marks on the grading scale. Teachers are also not supposed to punish students who turn in work late, miss assignments, skip tests, or show up late to class.

Anyone who fails a test gets a second chance, and a third chance, and keeps on going until he passes. If he never passes, the student gets an “incomplete” but doesn’t fail.

Teachers refused to show up for work during the COVID-19 lockdowns, and America’s children fell behind. Not enough students showed up to virtual class; the ones who did had learning loss; and almost everybody got lower grades.

“The trend” of poorly performing schools in urban America “was accelerated by the pandemic and school closures that caused troubling increases in Ds and Fs across the country,” the L.A. Times reported.

So, what better way to cover for the teaching union than by eliminating low grades?

“We’re talking about people who are very young, and labeling them at such an early age as ‘less than’ or ‘more than’ can have significant psychological repercussions. Some things in life are zero-sum games, but learning should not be,” Patricia Russell, who heads a non-profit organization that tries to convince school districts to drop grading.

Imagine the psychological repercussions of being told you’ve been doing just fine in school for 12 years, then learning that your teachers had been lying to you the whole time. Imagine showing up for a job and realizing that you don’t have the basic skills to serve anyone, because you thought you’d gotten an education… but all you’d gotten was a participation trophy.

That might cause a little stress and mental anguish, too.

The good news is, some teachers say they’ll never go along with a system that tells children they’ve learned material when they haven’t. “’I will work with any student before or after school or even on the weekend to help them learn. However, I will never lie about their knowledge level,” said Deborah Rinehart, who teaches at a Catholic school in Oakland. “Not reporting Ds and Fs is the equivalent of lying about a student’s progress.”

Still, some teachers justify the program on the grounds that not every single teacher evaluates students in a cookie-cutter, one-size-fits-all fashion.

“One teacher takes homework assignments late, the other has extra credit, one curves scores on tests,” said Alix Gallagher, with Policy Analysis for California Education. She said the fact that teachers don’t just shut up and follow bureaucratic, top-down rules handed down by their administrators somehow proves that “there is a clear and objective unfairness to students if they get one teacher versus another.”

She’s partly right; it’s objectively unfair that any American student would receive an “education” from a teacher who isn’t 100 percent committed to assuring every child learns the material being taught. If a teacher believes it’s all right for students to slide through the system without learning how to read, write, and do basic math, that cheats everyone—the taxpayers who paid her salary, the parents who trusted her to teach their kids, and most of all the children who have eight hours of their day wasted while they learn nothing.

The plan to eliminate the bottom half of the grading scale is the second half of the government’s plan to lump all American children into one huge, shapeless, faceless lump that’s identically incompetent and identically obedient.

The other half began months ago, as school districts began eliminating classes for the most advanced students. Democrat-led cities like New York City and Boston have announced they’re ending gifted classes.

“It is abominable that (NYC Mayor Bill) de Blasio is, in his final months in office, dismantling one of the few successful education programs in New York City, adversely impacting a swath of children,” said one concerned parent. But Boston superintendent Brenda Cassellius said the school would suspend gifted classes in grades 4, 5, and 6 because of “concerns about equity.”

Gifted classes don’t create inequality; they recognize it. Some children are better in school than others. Some kids are smarter than others, get better grades than others—and get bored by average subject matter more quickly than other students.

America can’t be transformed into a socialist society until everyone is made “equal.” A public education that teaches students to trust the government, obey their leaders, wear their masks, get their booster shots, and believe the media will prepare the way for the socialist nation the Democrats want to create.

Nothing threatens that more than intelligence and excellence—or parents who realize that America’s public school bureaucrats don’t lift a finger to help students achieve either one.