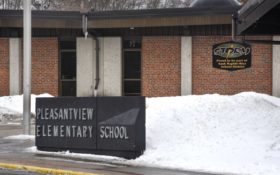 A Utah elementary school teacher charged with felony kidnapping after leaving school property with a 6-year-old student said she was trying to help the upset girl get home.

Prosecutors filed the case against Amy Martz this week, alleging she was gone with the child for 40 minutes in a neighborhood more than a half-mile from the school. She didn’t inform administrators until after the girl’s worried mother came to the school searching for her daughter, who she said is autistic and mostly nonverbal, prosecutors said.

Martz, 49, acknowledged Thursday that she left Fox Hollow Elementary with the girl on Sept. 4, but said it was because the child was “sobbing uncontrollably” and seemed to need help, the Deseret News reported. She saw the girl outside her classroom and tried to help her find her way home, asking the child if she belonged at the bus stop or parent pick-up location, Martz said.

Prosecutors, meanwhile, said school surveillance footage shows Martz walking with the girl hand-in-hand off school grounds, passing by a teacher on bus duty. They did not immediately have further comment on the charges Friday.

Martz said the child appeared to be pointing the way to her house, but as they wandered the neighborhood Martz realized the girl didn’t know where she was going.

At that point, Martz said she went to a nearby house to call administrators. By then, the mother was already at the school and another teacher was driving through the neighborhood looking for the child. The teacher brought them both back to the school.

Martz, who also is an attorney specializing in education law, later said she had tried to give the girl a “piggy back” ride, court documents stated. She said she tried to explain her intentions to the girl’s parents, but they spoke Spanish and may not have understood her.

Martz has been reprimanded by the school and placed on administrative leave. Attorney Cara Tangaro says Martz could have handled the situation differently, but argues a first-degree felony charge punishable by up to life in prison is unwarranted.

“I had no intent to interfere with the child’s trip home. I was providing safety to what I felt was a vulnerable child because she was distraught. I did not learn until later that she had autism,” said Martz, who read from a statement and did not take questions when she spoke to reporters. “I was acting out of compassion. But I also had a duty as a school employee to provide care for this girl.”