SC prisons to use drones to watch inmates - The Horn News 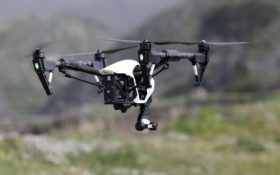 After spending years fighting to keep drones from flying over prisons, South Carolina corrections officials now plan to use the small unmanned aircraft to keep a remote eye on inmates.

State Corrections Director Bryan Stirling showed reporters new drones on Thursday that can be used to monitor a prison and the area outside, where contraband such as cellphones and drugs can be launched over walls.

Stirling says South Carolina is the first state in the nation to use drones like this. The drones will be used over some of South Carolina’s 21 prisons, allowing additional eyes to monitor facilities while not being on site.

Prison officials got lawmakers to pass a ban this year preventing private drones from flying over prisons. The drones were used to drop contraband over fences.