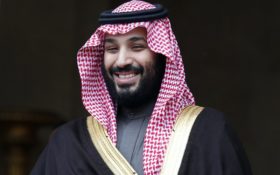 Saudi Arabia is holding and interrogating at least 10 women’s rights activists — seven women and three men — without any access to lawyers, according to people familiar with the arrests. The detentions are seen as a culmination of a steady crackdown on perceived critics of the government.

People familiar with the arrests say the activists were allowed just one phone call to worried relatives a week ago, and that one of the women has been held entirely incommunicado. They spoke to The Associated Press late on Monday on condition of anonymity for fear of repercussions.

The case began a week ago, on May 15, when police detained the 10 in the capital, Riyadh, and transferred them to the city of Jiddah. Their exact whereabouts now are unknown. Saudi media say the arrests were carried out by forces from the Presidency of State Security, a body that reports directly to the king and crown prince.

Activists told the AP that seven of those detained were involved in efforts to establish a non-government organization called “Amina” that would offer support and shelter to victims of domestic abuse. They had recently submitted their request to the government to establish the NGO.

When the kingdom issued its royal decree last year announcing that women would be allowed to drive in 2018, women’s rights activists were contacted by the royal court and warned against giving interviews to the media or speaking out on social media.

Following the warnings, some women left the country for a period of time and others stopped voicing their opinions on Twitter. In recent weeks, activists say dozens of women’s rights campaigners have also been banned from traveling abroad.

Over the past years, authorities have steadily cracked down on human rights defenders, including some dozen members of the now dissolved Saudi Association for Civil and Political Rights, known by its Arabic acronym HASEM. The group’s founding members are serving lengthy prison terms under a sweeping anti-terrorism law dating back to 2014, which defines acts as vague as “defaming the state’s reputation” as terrorism.

The Interior Ministry has not named the 10 arrested but said they are being investigated for communicating with “foreign entities,” working to recruit people in sensitive government positions and providing money to foreign circles with the aim of destabilizing and harming the kingdom.

The arrests have stunned even “the government’s most stalwart defenders,” Saudi writer Jamal Khashoggi wrote in an opinion piece for the Washington Post. He says the message from the arrests is clear: “No independent voice or counter-opinion will be allowed. Everyone must stick to the party line.”