Salute! The world leader in wine making is now THIS country... - The Horn News 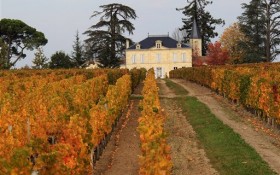 Buone notizie for the land of pasta and Lamborghini – Italy is also now the biggest wine producer in the world after a bumper harvest this year, pushing France back into second place. Spain has been hit by drought and further saw its output drop.

The European Union’s farm federation assessed the 2015 grape harvest and said Wednesday that excellent weather in many member states had pushed up production by 2.7 percent.