Ryder Cup: This nasty rivalry will win it (or lose it) for USA - The Horn News 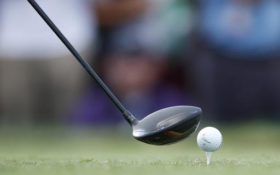 “Brooksie,” yells a nameless face in the crowd on the second hole at the 2021 Memorial Tournament held at Muirfield Village in Ohio – a moniker now used by two of the world’s best golfers.

It’s a taunt for one and a spark of confidence for the other: Bryson DeChambeau vs. Brooks Koepka.

There’s is a rivalry that has dominated the headlines for golf outlets the world over. Some argue it’s one of the fiercest golf rivalries we’ve seen since Tiger and Mickelson in the 90s and 2000s.

It might be even more bitter based on what fans have seen from these two over the past couple of years.

It all began back in January of 2019 after a slow play comment by Brooks Koepka on a video showing DeChambeau taking his time to choose between two clubs. But then the two seemed to have come to some kind of even ground when they spoke before their respective matches at the Northern Trust in August of the same year.

The halt in hostilities didn’t last very long — Bryson poked the bear when he said, “Did you see the Body Issue? He didn’t have any abs. I have abs.” It was a reference to Brooks’ photos in ESPN Magazine’s Body Issue.

Koepka quickly fired back with a dig that will hit at the heart of any professional golfer: Check the major trophy cabinet.

The four-time major winner sent out a tweet of a picture of his U.S. Open titles and PGA Championship trophies.

You were right @b_dechambeau I am 2 short of a 6 pack! pic.twitter.com/aCJ1jimId6

The rivalry has gotten only more fierce (You can find a full timeline of the events here) — but the summer of 2021 has seen it boil over after Dechambeau’s own rash moves on social media and untraditional stunt on the course lead to Brooks Koepka going after the younger 2020 U.S. Open champion on multiple accounts.

While the mainstream golf media and the everyday golf fan can quibble over whether all of the publicity surrounding this feud is helping or hurting the game… the games still must go on.

This weekend’s Ryder Cup marks a pivotal moment in the competition’s history — the Europeans have won seven of the last nine tournaments since the new millennium. But the Americans are ushering in a new generation of talent that should crush the world golf ranking team.

At least, on paper.

We’ve seen this disparity in the past. Will the fall out of the USA rivalry hurt the cohesion in the locker room?

The USA will have to come out guns blazing because the Europeans have the world’s undisputed no. 1 ranked player in the world in John Rahm. To counter, what if team USA paired the two of Brooks and Bryson together!

They’ve both expressed some shape of apathy towards this competition in the weeks leading up. Pairing them together in foursomes would spark their competitive nature.

Consider that a Friday and Saturday, maybe even a Sunday performance, from them both where they can come together as a team. We get to see on national television two Americans shake hands as teammates, squash this obnoxious public display, and dig the US’s Ryder Cup performances out of the past two decade’s deep hole.

While it may be a bit of a risky play, the two players could torpedo other matches with their antics.

Why not bet it all on the house and let the chips fall where they may this weekend?

The Ryder Cup kicks off its bi-annual tournament on Friday, September 24th.