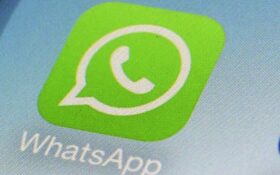 The Russian government has been trying for years to establish greater control over the internet and social media, an effort that has intensified in recent months as it tries to limit the flow of information about Ukraine.

Neither Facebook parent Meta Platforms Inc., which owns WhatsApp, nor Snap Inc., which runs the Snapchat app, responded to a request for comment.

The court said it was fining WhatsApp for repeatedly refusing to localize data of Russian users. WhatsApp received its first Russian fine, for 4 million rubles, in August 2021.