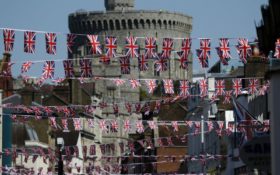 Kensington Palace is not commenting on reports that Meghan Markle’s father needs a heart procedure and will miss Saturday’s royal wedding in Windsor.

Prince Harry’s press office said Wednesday it had no additional comment beyond a statement made two days ago calling for “understanding and respect” for Markle’s father, Thomas, “in this difficult situation.”

Thomas Markle, 73, is a retired Hollywood cinematographer who lives in Mexico and is divorced from Markle’s mother. He told the TMZ celebrity website he needs treatment Wednesday for blocked coronary arteries including receiving a stent. That treatment would normally rule out making a lengthy plane trip to England right after the procedure.

Thomas Markle had been expected to spend the days before the wedding in Britain meeting Queen Elizabeth II and other senior royals. He is also still scheduled to walk his daughter down the aisle during the wedding Saturday in St. George’s Chapel at Windsor Castle.

The palace has not announced any alternative plans for Thomas Markle’s role. An official announcement is expected if it’s confirmed that he will not be traveling to Britain for the wedding.

Meghan Markle’s mother, Doria Ragland, is expected to visit with the queen and senior royals this week before the wedding. She will also ride with her daughter to the chapel on the morning of the ceremony.

Some estranged members of Meghan Markle’s extended family have arrived in Britain but have not received invitations to the wedding.