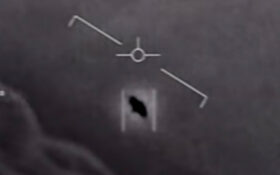 Roswell, known for its association with extraterrestrial matters, will have two big UFO-themed events next year.

The Roswell Daily Record reported Tuesday that the city has negotiated to host the second annual UFOXPO in the spring.

The three-day event was previously held in Florida. The extraterrestrial extravaganza includes a film festival, cosplay, panels on UFOs and live music.

This is on top of the city’s UFO Festival every summer.

Roswell officials hope the UFOXPO can be another flagship event that draws visitors during spring break season. Ideally, the festivals will complement each other.

Roswell’s annual UFO Festival is a significant revenue source. In October, an analysis by the city found this year’s event had a $2 million direct economic impact.