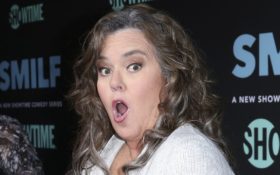 O’Donnell has been a notorious critic of the president for years, and her latest attack against Trump had many people questioning her mental stability.

The former talk show host claimed that Trump was “dark” and “evil” and said she wants to have the U.S. armed forced remove him from the White House.

Describing her reaction to Trump winning the 2016 presidential election, O’Donnell said, “I actually got physically sick that night.”

She added, “I thought to myself, this cannot be happening. When he got the nomination, I thought I just have to wait until election day … and then he won. It took a good year to compose myself to be in public again. I took a year out of the spotlight.”

MSNBC host Nicole Wallace agreed with O’Donnell’s dramatic reaction to Trump’s win, saying, “And I’m sure you would have wanted to be proven wrong… but I mean he came into office and did all the things that you probably knew about him.”

O’Donnell responded, “Well, right. Before he was elected, what I wrote on Twitter was we should impose martial law until we make sure the Russians weren’t involved in the final tally of the votes.”

“People were like, ‘martial law, what’s wrong with you? You are a lunatic.”

Wallace jumped in, saying, “Well he wants to send the military to the border.”

“I want to send the military to the White House to get him,” O’Donnell concluded.

MSNBC analyst Eugene Robinson chuckled at her attack and said that O’Donnell had a “pretty good idea.”