Robbery defendant STUNS jury, walks out on trial (what!?) - The Horn News 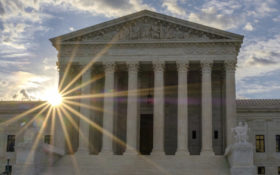 An armed-robbery defendant walked out of his trial just moments before a Florida jury found him guilty.

The Daytona Beach News-Journal reports that 29-year-old Antonio Jama Gearing had been released on $75,000 bail so he was free to move about the Daytona Beach courtroom Tuesday. But he wasn’t supposed to leave the trial.

Police and the Express Bail Bonds Volusia County are searching for Gearing after the jury found him guilty of a Dollar General store robbery in 2018.

The newspaper quotes bail bondsman J Gailbreath as saying that it’s “pretty bold to walk right out of the courthouse” during jury deliberations.

Gailbreath says once he gets a notice from the court, he’ll have 60 days to find Gearing before he himself has to pay the bail.