Revealed! The TRUTH behind internet censorship - The Horn News 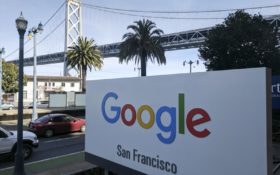 Earlier this month, Google CEO Sundar Pichai was interrogated by the House Judiciary Committee about the online search engine’s liberal biases. What they shared was disturbing.

Google collects users’ personal data and has shared that data with the government and other entities. Recent studies have also proven that Google filters search results with a clear liberal bent, according to lawmakers.

Now, search engine DuckDuckGo has joined the critics of Google — and it has data that proves Google’s unfair political bias.

“Google’s collection and use of personal data, including location, which is then used to filter specific search results, is having an effect akin to the effects of a political bias,” DuckDuckGo CEO Gabriel Weinberg told Business Insider.

The DuckDuckGo study found “vast differences” in search results when searching for the same keywords (like “gun control” or “immigration”).

Weinberg pointed out that Google’s biased influence is vast. “You’re potentially influencing tens of millions of people,” he said.

Every month, over one billion different people around the world use Google – searching for facts and answers and truth. Not only does Google directly affect them and all those they influence, but the internet superpower promotes or censors information those billion people see, wielding a power that could literally influence the course of nations.

The Texas Congressman warned that Google’s power and influence is a threat to America’s freedom. “Google could well elect the next president, with dire implications to our democracy,” he concluded.

Fellow GOP Rep. Steve Chabot noted that a user had to go to the fourth page of Google results to find anything positive about a Republican bill to repeal ObamaCare. “I know Google’s attitude is ‘the algorithm made us do it,’” Rep. Chabot said, “but I don’t know that I buy that.”

Weinberg warned Business Insider that Google is basically doing whatever its ultra-liberal directors want. “No one has been really doing these studies to hold [Google] accountable,” he said. “I don’t think they want to acknowledge that it can have the manipulative effect that it can.”

A Google spokesperson responded by claiming the DuckDuckGo “study’s methodology and conclusions are flawed.”

The House Judiciary Committee also questioned Pichai on why a Google search for “idiot” brings up dozens of pictures of President Donald Trump.

Google has a history of exerting its liberal bias to influence the masses and transform cultures. The internet superpower came out against the Defense of Marriage Act and opposed Proposition 8 on natural marriage. It even launched a worldwide campaign to spread the homosexual agenda in any country it deemed “homophobic,” such as Christian Poland.

And Google’s loyalty is not always to its users. During the PRISM scandal, Google gave spying access —unconstitutional Internet-tapping — to the federal government via its internal servers.

Kacie Burnett at Louder With Crowder concluded that Google is taking a “huge step in silencing or limiting those who disagree with the progressive narrative.”

TV producer David Sams streamed a study live on Facebook demonstrating that Google’s device called ‘Google Home’ refused to answer ‘Who is Jesus,’ but had lots to say about Mohammed, Buddha, and Satan.

One former Google employee, Barry C. Lynn, has called upon conservatives to “fight monopolies” like Google because they threaten American democracy by censoring free speech and thought.

Matt Stoller, a former colleague of Lynn’s at New America Foundation, admitted that the “actual issue” for Google is raw “political power.” Another NAF colleague Zephyr Teachout warned that Google was “coming after critics” and “forming into a government of itself.”

“Google has established a pattern of lobbying and threatening to acquire power,” Teachout wrote in The Washington Post.  “It no longer wants to allow dissent.”

Many Christian groups and other conservatives have complained that Facebook, YouTube, Twitter, PayPal and Google ban politically incorrect Christian speech, forbid ads, take videos off their platforms, disallow donations, and even remove group pages in the name of “violation of policy.”