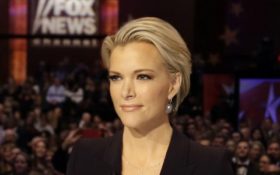 Former Fox News anchor Megyn Kelly was heavily criticized for her unfriendly rivalry with President Donald Trump during the 2016 election.

Their feud became so bad, in fact, that her announced move to NBC was met with cheers from fed-up conservatives.

But could “good riddance” to Kelly soon become “goodbye for good”?

In the months since her heavily criticized feud with Trump, Kelly’s plans have been shrouded in intense secrecy. Now, though, insiders have leaked Kelly’s ultimate goal — and they’re surprisingly risky.

According to sources, Kelly is looking to drop her “combative” hard interviewing style that originally made her so popular, and instead wants to play nice “the way Oprah did” — and use it to build a media empire.

Experts have said the move carries serious chance of failure

With a staggering annual salary somewhere between $12 to 15 million, Kelly will be under immediate pressure to produce ratings — and has no experience with the daytime talk show model. If she’s not able to deliver quickly, critics say, it could mean a pink slip.

“There was a lot of tough news to report on her show at Fox News. A lot of combative interviewing, going after people. Doing that every night was difficult,” a source told The New York Post. “Megyn … wants to help people the way Oprah did, and do something more positive. She’ll be focusing on issues and bringing in real people as well as celebrities.”

She wants it all.

In addition to her morning talk show, which is scheduled to air in September at either 9 a.m. and 10 a.m., Kelly is also set to host a Sunday night show focused on “hard hitting” interviews.

“Megyn will have the Sunday night show on NBC to scratch that itch. That’s where you’ll see the big interviews and stories,” The New York Post reported a source told them.

Kelly is currently under contract at Fox News until early July. In the meantime, NBC producers have been interviewing executive producers for her upcoming morning show and petitioning Fox News to release her early.