Republican is elected city prosecutor... in Seattle?! - The Horn News 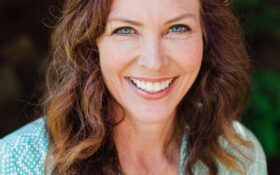 The two candidates were running for the office of city attorney, which prosecutes misdemeanors but not felonies. Earlier this year, each candidates beat the incumbent during the nonpartisan primary election, and each candidate took a… different approach.

Thomas-Kennedy sloganeered about abolishing the police, and Davison tried to strike a balance between reform and safety.

Davison wrote on her website, “Our city must reconcile that it is failing to meet the needs of the most vulnerable as well as the basic functions of protecting public health and safety.”

For example, she plans to “continue bail reform progress” but also “monitor high frequency people at the highest level of the office for when alternatives do not provide responsiveness.”

Davison unsuccessfully ran for city council as a Democrat in 2019 and for lieutenant governor as a Republican in 2020. Last year, she said in a YouTube video that she “walked away” from “the Democrat party.”

The race for city attorney — like the primary — is nonpartisan, and Davison was endorsed by two Democrat former governors.

“I am not a partisan. I’m an independent thinker and a Seattle mom, not an activist ideologue,” she writes on her website. “This approach is vitally important to implement our laws and to enhance public health and safety in Seattle.”

She went on to express her liberal bona fides.

“As a moderate Democrat, I voted for Barack Obama in 2008 and 2012. In 2016, I caucused for Hillary Clinton in the 46th Legislative District and then voted for her in the presidential election. Last year, I voted for Joe Biden over Donald Trump.”

She described herself as an “abolitionist.” That term usually refers to 19th-century opponents of slavery, but Thomas-Kennedy used it to sloganeer about “abolishing” jails, prisons, and police services.

Thomas-Kennedy still argues on her website, “Police, prosecution and jails have failed at creating public safety. The United States incarcerates more people than any other country in the world, but it is far from the safest country to live in.”

She’s tweeted about her “rabid hatred of the police,” she commented “inspiring” on a video of a fire at a protest, and she called property damage a “moral impetrative” for protesters.

She made all these tweets before running for office. She deleted some of them, but they remain archived through the Wayback Machine.

The editorial board of The Seattle Times ran a piece called “Toxic tweets show why Nicole Thomas-Kennedy is unfit to be Seattle city attorney.”

However, Thomas-Kennedy has dismissed voters’ concerns about the unhinged tweets.

She told The Associated Press in October, “I think what bothers people is that I’m not adhering to that narrative of more punishment makes more safety.”

A local NBC affiliate covered Davison’s victory and spoke about “a sharp shift in its politics.”

Without predicting the future, One voter, Matt Humphrey, knows why some voters chose to reject Thomas-Kennedy.

The AP reported, “Matt Humphrey, the owner of Steele Barber, a high-end barbershop with two locations, said he’s supporting Davison. He acknowledged he doesn’t know much about her, but said he knows more than enough about her opponent.”

I'm way left but atm can only tweet about my rabid hatred of the police. I currently read like a single issue law enforcement abolition anarchist.

This is an outrageous and inappropriate statement from a candidate for City Attorney https://t.co/PFMUsxZ6lf pic.twitter.com/fSlLCLuyLX