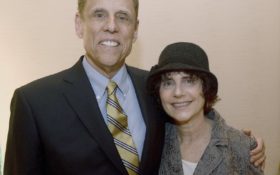 A television reporter is suing over injuries he says he suffered during a promotional stunt in which he plunged 22 feet into a river in a homemade flying machine.

The lawsuit filed last week in Allegheny County Court of Common Pleas in Pennsylvania by KDKA-TV reporter Dave Crawley names the EQT Three Rivers Regatta, Red Bull and a marketing agency. The station is not a defendant.

The suit says Crawley was invited to participate in an August 2017 media event in Pittsburgh that was to air a day before the Red Bull Flugtag event. The Flugtag, which translates from German to “flying day” and travels to a different city each year, features teams that design homemade devices in which to “fly” from a pier into a river.

The suit contends that Crawley didn’t want to accept the assignment but feared refusing would jeopardize his career or the station’s relationship with the regatta.

Crawley, who was 70 at the time, wore a life vest and helmet for his plunge to the Allegheny River, but the lawsuit alleges he landed on his face and front and was left with spleen and diaphragm injuries, as well as a traumatic brain injury.

The suit says he stopped working later that month after “collapsing while covering a story.”

A video of the stunt posted on YouTube shows Crawley giving thumbs-up after leaping into the water and later standing on the dock, smiling.

Regatta board chairman John Bonassi declined to comment, saying officials were still “gathering information and reviewing the details” of the lawsuit.

Red Bull issued a statement Sunday saying the company “has a long history of hosting major public events and the safety of spectators and participants is always our primary concern.”

“The first Red Bull Flugtag took place in 1991, and it has been a well-known event over the years,” Red Bull said.