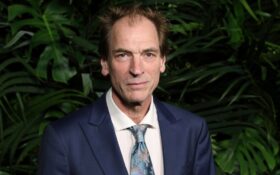 Actor Julian Sands, star of several Oscar-nominated films including “A Room With a View” and multiple television shows from the 1980s and 90s, has been missing for five days in the Southern California mountains, where he was hiking, authorities said Wednesday.

“His wife did report him missing,” Huerta told ABC 7. “From what I understand, he left sometime that day for a hike and when he did not return, his family reported him missing.”

Originally from the U.K., Sands has since been living in North Hollywood near the mountains.

Search and rescue crews looked for Sands in the area of the San Gabriel Mountains, about 40 miles northeast of downtown Los Angeles, but had to suspend the ground search on Saturday because of the inclement weather, and have not been able to resume since, Huerta said.

According to ABC 7, the rescue crew has already found the actor’s car.

They are searching for Sands as weather allows with helicopters and drones, and will resume the ground search when it’s safe, authorities said.

“The conditions are too dangerous. In fact, even some of the more experienced hikers are getting themselves into trouble up there so we recommend that people to stay away from that area,” said Huerta.

The latest in a series of storms that have created dangerous mountain conditions swept into Southern California on Friday and lasted through the weekend. Two other hikers have recently died in the area. In nearby Los Angeles County, a different rescue crew needed to use an aerial search because of icy conditions on the mountain.

Sands starred opposite Helena Bonham Carter in the 1985 British romance from director James Ivory, “A Room With a View.”

Since then, Sands has amassed some recurring roles on television. He played the businessman Miles Castner on “Dexter,” Superman’s father Jor-El on “Smallville,” and the priest Yulish Rabitov on “Banshee.” He also starred as the antagonist in season five of “24.”

I really hope that Julian Sands is ok and found soon ♥ pic.twitter.com/5CVfNldj56

Rescue workers are searching a mountain range in California for the British movie star Julian Sands.

The actor famous for roles in films including, A Room With A View was reported missing after going hiking on Friday before severe storms struck.@Noel_Phillips reports. pic.twitter.com/CrF7TBW30I