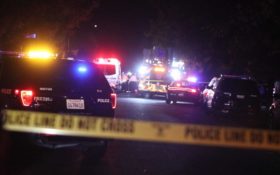 Robert Emmanuel Jacob, 44, was arrested and charged with five felony counts and one misdemeanor involving a child in their early teens over the weekend, according to The Post Millennial.

He is currently being held without bail.

Jacob served as one of the Sebastapol, California city council members from 2012 to 2016, and was appointed as mayor of the Bay Area city for a year-long stint in 2013. He reportedly stepped down in 2016 because of a family illness.

As a longtime cannabis advocate and businessman, Jacob was named one of North Bay Business Journals’s 2013 Forty Under 40. He was also profiled in 2016 by The New York Times in an article titled, “In California, a Mayor’s Rise Is a Sign of the Times.”

Since stepping down, Jacob had been an outspoken supporter of the progressive “Defund the Police” movement. A Facebook account that reportedly belongs to Jacob praised rioters during the 2020 summer unrest as “warriors.”

Minneapolis is banning choke holds by the police. Another thing, Black Lives Matter, the protest, and yes, rioting have…

The charges against Jacob include felony transportation of a child for lewd and lascivious acts, arranging a meeting for sexual purposes with a person believed to be underage, sexual penetration of a child under 16-years-old, and other “horrible” crimes.

Because of the young age of the alleged victim, their identity is being kept private.

Sebastapol police are asking for anyone with further information to contact them at 707-829-4400.