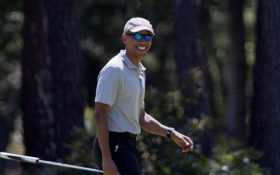 Wednesday The Horn News wrote about Sen. Chuck Schumer, D-N.Y., and his demand to legalize marijuana in a year.

It may have former President Barack Obama’s full blessing… at least, that’s the rumor after the latest story from his time in the White House.

The ex-president is rumored to have smoked marijuana with hip hop legend Snoop Dogg while in the White House.

Snoop Dogg recently released a song on his new album that makes the bombshell admission, according to critics.

A verse of telling lyrics teased the alleged incident…

The lyrics to the song entitled “Gang Signs” are:

“Still sippin’ gin and juice while I’m smoking marijuana, I bet you never blew with Obama.”

The Obama’s aren’t strangers to the drug. Ex-First Lady Michelle Obama has admitted to smoking marijuana in her memoir, “Becoming” but it’s unlikely that the California-born rapper was mentioning her.

It’s no secret that Obama was a major marijuana smoker in his youth.

According to Buzzfeed, during his time in Hawaii Obama belonged to what was purportedly called the “Choom Gang” — a group of pot users infamous for their smoking rituals.

According to David Maraniss’ book Barack Obama: The Story, the young Obama popularized a smoking trend known as “TA” (short for “total absorption”) and “roof hits,” where the group would smoke with all the car windows rolled up to not let any smoke escape. Obama was also known to cut into other people’s turn when a joint was being passed around and yelling “interception.”

As for Snoop Dogg, if the subtle lyric is true, it wouldn’t be the first time his smoking-related antics were connected to the White House.

The rapper previously had claimed that he smoked marijuana at 1600 Pennsylvania Avenue during the Obama years.

He once explained to late-night host Jimmy Kimmel that he was quietly allowed to go to the bathroom to smoke marijuana.

Maybe it was there that Obama joined him?