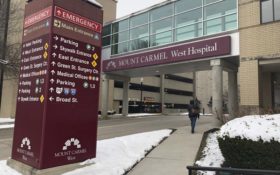 An 11th case of the mosquito-borned dengue fever has been confirmed in the Florida Keys, health officials said.

So far, all 11 cases have been in Key Largo, including 8 cases the last week of June, the Florida Department of Health officials said Tuesday.

The latest patient has been treated and is expected to make a complete recovery, Kerr said.

Health department officials believe all of the cases were locally acquired, the Herald reported.

One case of dengue fever has been confirmed Miami-Dade County, according to health department spokeswoman Olga Connor.

The disease is transmitted through the bite of the female Aedes aegypti mosquito, an invasive species that also spreads diseases like yellow fever, Zika and chikungunya.

Symptoms typically appear within 14 days of being bitten and include severe muscle aches and pains, fever and sometimes a rash, according to the health department.

District workers are also doing door-to-door house inspections at homes and businesses in Key Largo to check for adult mosquitoes and larvae.