Report: Megyn Kelly is planning her big return to TV - The Horn News 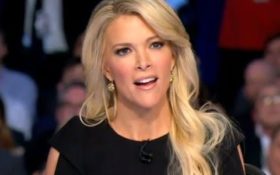 Former ‘Today Show” star Megyn Kelly and NBC are finally close to reaching a deal on the millions of dollars she will be paid for her exit, a source confirmed to Page Six.

Kelly, who celebrated her 48th birthday on Sunday, was fired from her NBC talk show after questioning why it would be racist to wear blackface makeup on Halloween.

Following weeks of negotiations, sources have confirmed that Kelly has agreed to receiving a whopping $30 million for her exit, and that the mom of three is already planning her big return to TV.

After leaving Fox News in 2017, Kelly signed a $69 million contract with the peacock network. She struggled to hold onto viewers and ratings during her 9 a.m. timeslot on the morning talk show since the beginning.

A source familiar with the negotiations stated, “It’s taking slightly longer than expected, the paperwork is going back and forth.”

Another source confirmed, “Everyone wants this to be over — both Megyn and NBC — and Comcast has the money to pay off Megyn. We thought this would be a done deal a few weeks ago.”

According to Page Six, one senior TV source added, “NBC decided rather than fight and face a lawsuit from her, they — and more importantly, Comcast with all its money — decided to draw a line under the entire debacle and pay Megyn the full amount owed in her contract to go away.

“But this is far from the end of her TV career — in the Trump era, there are few broadcasters like her. Megyn would likely take a short break from TV and return to cable news ahead of the 2020 election.”

During a segment on Halloween costumes on Oct. 23, Kelly said dressing in blackface was acceptable when she was a kid, and she even expressed sympathy for a star on “The Real Housewives of New York” who darkened her face for a Diana Ross costume.

She apologized later in the day and on her show Wednesday, but there are published reports that stated her time at NBC would come to an end very soon. And those reports were spot on.

After her exit, negotiations over her departure turned sour after both parties accused each other of leaking information to the media.

The rumors have since settled down, and as sources have stated, Kelly could receive her massive payout within the next week.