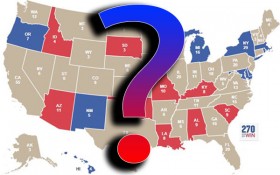 A study came out on Tuesday that proves conservatives are more responsible with money than liberals are.

The Mercatus Center at George Mason University released their annual financial report this week that ranks each state in terms of fiscal accountability.

Any guess what they found?

Yup… the left is terrible with money!

According to The Mercatus Center, the best run states include Florida, Alabama, Utah, and Tennessee, all staunch Republican states with low debt and balanced budgets. These states are disciplined with their spending and save cash to pay bills.

Massachusetts, California, New York, and Maryland are some of the worst states at maintaining fiscal discipline. They are heavily controlled by liberals, which has led to high debts and huge social programs.

The report states that “High deficits and debt obligations in the forms of unfunded pensions and healthcare benefits continue to drive each state into fiscal peril.”

This is hardly surprising.

These states bleed money, despite having some of the highest tax rates in the country. It’s proof that leadership is not about how much money a state has; it’s about who’s spending it.

States that elect Democratic mayors and governors are asking for their taxes to be raised — just so their money can be mismanaged!

The report also condemns liberal polices, saying no one can trust a liberal handling their money.

It says, “Each [state in the bottom five] holds tens, if not hundreds, of billions of dollars in unfunded liabilities—constituting a significant risk to taxpayers in both the short and the long term.”

It’s clear: blue states need to go red if they want to be in the black.

You can read the entire report here.