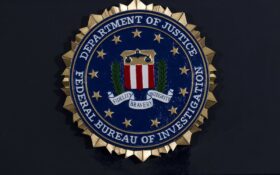 Not everyone in the Federal Bureau of Investigation is happy with FBI Director Christopher Wray and the Department of Justice’s decision to search former President Donald Trump’s Mar-a-Lago home.

In fact, some FBI whistleblowers have reportedly come forward to Republican lawmakers with accusations of political bias and corruption among their leadership.

One of their goals may be to force the resignation of Wray and other FBI leaders.

According to The Washington Times —

FBI whistleblowers talking to Congress about corruption and retaliation say in disclosures that Mr. Wray was often notified of the problems within the bureau but never took action to resolve them.

That includes recent whistleblower disclosures to House Judiciary Committee Republicans about agents being forced or coerced into signing false affidavits and claims of sexual harassment and stalking. It also includes fabricated terrorism cases to elevate performance statistics, as reported this month by The Times.

“[The whistleblowers] are telling me they have lost confidence in Wray. All Wray does is go in and say we need more training and we’re doing stuff about it, or we will not tolerate it,” Mr. Siuzdak said.

It’s an extraordinary development in the ongoing saga within the bureau, which has faced a torrent of accusations of political bias and impartiality since their controversial raid of Trump’s house.

The FBI responded to the Washington Times report with a statement.

“The men and women of the FBI work hard every day to protect the American people and uphold the Constitution. All employees are held to the highest standards of professional and ethical conduct, and we expect them to focus on process, rigor, and objectivity in the performance of their duties,” the Times reported the FBI spokesman said in a statement.

“Allegations of misconduct are taken seriously and referred to the Inspection Division or appropriate investigative body. In reality, the FBI is comprised of 37,000 employees who do it the right way on a daily basis to keep our nation safe by fighting violent crime, preventing terrorist attacks and defending America from espionage and cyber threats,” the Times report continued.