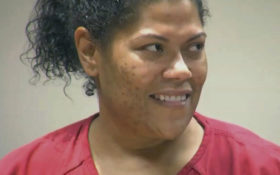 Rochester City Court Judge Leticia Astacio often goes by her alter ego “drunk judge” in the local media and by Rochesterians following her DUI scandal in August of 2016.

And now, she is back in the news for another scandal — this time, for ripping off taxpayers.

“Astacio did report for work on Tuesday, February 27 for one day – and has not been back since,” according to local 13 Wham news.

Prior to her only day of working in 2018, she had not reported to work since August 31st of 2017. That is 6 whole months of skipping work!

How does this women deserve a raise — and why are taxpayers forced to pay that raise?

The Daily Wire reports, “By letter, Chief Administrative Judge Craig Doran ordered the judge back to the bench on February 26; Doran confirmed Monday that Astacio is still continuing to blow off work.”

Astacio had responded to her negative news coverage by playing the race card. On a Facebook Live rant, she claimed that she has been skipping work because of a “medical issue.”

The incompetent women claims she deserved the raise and the media is “biased” in their reporting because everyone is “racist.”

Yes I got a raise. All City Court judges outside of Nyc did. Why's my name in the headlines? Because your racist news…

Only a person who shows up to work deserves a raise — and that is a fact — that’s not racism.

She continued to complain in Facebook videos about the negative news coverage she has been receiving.

“It is biased reporting to talk about me getting a raise when everyone got a raise,” Astacio whining some more, adding, “This isn’t news.”

Astacio’s term does not expire until 2024, but luckily, the New York State Commission on Judicial Conduct is investigating her and could potentially strip her of her duties.