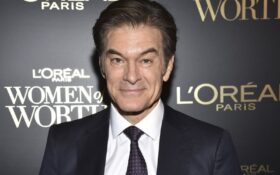 But he’s ventured into politics since then.

He has been appointed to the President’s Council on Sports, Fitness, and Nutrition twice. He’s donated to politicians as varied as John Kerry, Sherrod Brown, John McCain, and George W. Bush, according to Federal Election Commission records reviewed by the Washington Free Beacon.

Now Oz is preparing to run for Senate as a Republican, according to a bombshell new report from GOP insiders familiar with Oz’s thinking.

WFB spoke to GOP insiders familiar with Oz’s plans. He has already hired a staff and reached out to potential surrogates, the magazine reported.

Oz has kept his plans private. Oz’s spokesperson told WFB, “Dr. Oz has received encouragement to run for the U.S. Senate, but is currently focused on our show and has no announcement at this time.”

However, not all Republicans are happy about it. Some Republicans remain worried about Oz’s baggage.

“Republicans can mess this up really quickly if we’re putting candidates on the stage whose backgrounds are going to be fodder for October and November campaign ads,” a Republican strategist in Pennsylvania told WFB.

During a Senate race, Oz may run into scandals for his stint in the Turkish army.

He may also come under fire for his dubious ties to Pennsylvania. Oz was born in Cleveland, reared in Delaware, employed in New York, and based in Florida and New Jersey. He was only educated in Pennsylvania.

However, he temporarily registered to vote at a Pennsylvania residence, which appears to be a farm owned by his mother-in-law.

“Since last year, Dr. Oz has lived and voted in Pennsylvania where he attended school and has deep family ties,” the spokesperson said.

Still, even after a win, Oz may find himself unwelcome in the Senate, given his past drama on the Senate floor

In 2014, he testified on his own behalf during a Senate hearing on consumer fraud. He was left dumbstruck after a grilling by former Sen. Claire McCaskill, D-Mo., a trained prosecutor.

McCaskill told Oz. “I’ve tried to really do a lot of research in preparation for this trial, and the scientific community is almost monolithic against you, in terms of the products you call miracles.”