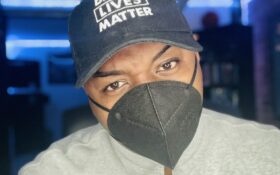 A self-described Democratic socialist that wants to “Defund the Police” is under investigation in Denver, Colorado.

According to The Denver Post and multiple other sources, the local political leader and member of the Denver school board has been accused of disturbing sex crimes.

His accusers say that 22-year-old Tay Anderson has been “sexually preying on illegal immigrants, teen anti-gun activists, and a Black Lives Matter member.”

He’s now under investigation by the Denver school board, which has hired a private investigative firm to look into the accusations.

The Denver Post reporting says that a parent in the Denver area contacted a state Colorado House member, then later testified that there was “a sexual predator targeting DPS children.”

According to the woman’s testimony, 62 people have come forward with complaints about an individual.

The Denver Police also knew of the allegations at the time as well, The Post reported.

Anderson has forcefully denied the charges.

His attorney, Christopher Decker, responded to the Denver Post in a statement:

“Nothing is worse or more unacceptable than the harm caused by sexual assault upon our children, or the related harm caused by not believing those who have been victimized in this way. This is also why false assertions of these horrible crimes act to cheapen and diminish its importance. It is because of these two truths that responsible people and organizations must carefully investigate such inflammatory claims completely, and with an open and fair process.”

But according to The Daily Wire, this isn’t the first allegation of this sort that Anderson has been involved in.

In March, the Black Lives Matter chapter he was affiliated with also reportedly made sexual assault claim against him — charges he also denied.

Anderson is stepping back from his post on the school board while the Denver school board pursues an investigation.