Report: Baseball champions on the fence over White House visit - The Horn News 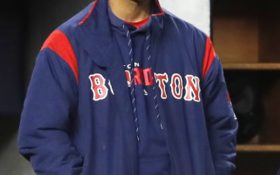 Red Sox manager Alex Cora is still undecided if he’ll visit the White House next week when the team celebrates its World Series title there.

The Red Sox are scheduled to visit the White House on May 9 following a three-game series in Baltimore.

“I’ll let you guys know when I decide,” Cora said Monday before Boston’s series opener against Oakland. “You guys don’t have to worry about that one. I’ll let you know.”

In January, the Puerto Rico native was outspoken about the island’s need for hurricane relief. He indicated he might skip the traditional champion’s visit to Washington over President Donald Trump’s policies toward Puerto Rico.

The men’s champions, Virginia, won’t be going. Coach Tony Bennett said in a statement: “With several players either pursuing pro opportunities or moving on from UVA, it would be difficult, if not impossible to get everyone back together.”