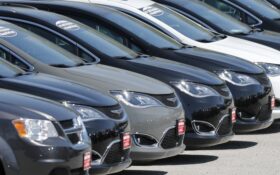 The stickers applied to the lower right interior corner of the windsheld after a successful safety and emissions test are peeling off, according to The Providence Journal, which was alerted to the issue by a former reporter whose sticker fell off after he left an inspection station.

“We are aware of the issue with the inspection sticker adhesive and are working with our vendor, Opus Inspection, to replace this product,” agency spokesperson Paul Grimald said in a statement.

Reapplication can be handled at the Opus office in Warwick or at the DMV’s Safety and Emissions Office in Providence, he said.

“The adhesive, along with instructions for applying it, will be mailed to any vehicle owner who does not wish to travel to either of these locations,” Grimaldi said.