Red Cross takes a stand against hacking - The Horn News 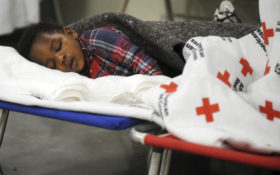 The International Committee of the Red Cross said Thursday it is seeking support to create a “digital red cross/red crescent emblem” that would make clear to military and other hackers that they have entered the computer systems of medical facilities or Red Cross offices.

The Geneva-based humanitarian organization said it was calling on governments, Red Cross and Red Crescent societies, and IT experts to join forces in developing “concrete ways to protect medical and humanitarian services from digital harm during armed conflict.”

For over 150 years, symbols such as the red cross have been used to make clear that “in times of armed conflict, those who wear the red cross or facilities and objects marked with them must be protected from harm,” the ICRC said. That same obligation should apply online, the organization said, noting that hacking operations in conflicts were likely to increase as more militaries develop cyber capabilities.

The organization said that for the proposed “digital emblem” to become reality, nations worldwide would have to agree on its use and make it part of international humanitarian law alongside existing humanitarian insignia. It hopes the emblem would identify the computer systems of protected facilities much as a red cross or crescent on a hospital roof does in the real world.

The International Committee of the Red Cross said that it has identified three technical possibilities: a DNS-based emblem that would use a special label to link it to a domain name; an IP-based emblem; and an ADEM, or authenticated digital emblem, system that would use certificate chains to signal protection.

The ICRC said it was working with Johns Hopkins University, the ITMO University of St. Petersburg, Russia, and the Center for Cyber Trust, a joint venture of Switzerland’s ETH Zurich and Germany’s University of Bonn, to develop the technological solutions.