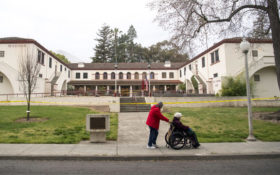 Inventory records show Veterans Affairs medical facilities across Ohio have lost track of more than $1.1 million worth of medical equipment over three years.

Some facilities continued to lose items even after the VA in Ohio spent nearly $24 million on tracking technology. The contractor for the technology has not responded to requests for comment.

When asked if taxpayer dollars are being wasted, he said officials “aren’t going to allow that to happen.”