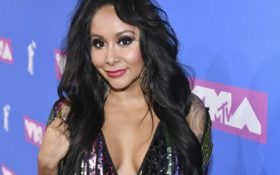 Polizzi and husband Jionni LaValle were already parents of a 6-year-old boy and a 4-year-old girl. She says she’s now “outnumbered.”