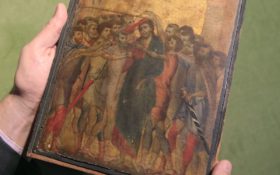 An old painting found in the kitchen of an elderly French woman, who considered it an icon of little importance, has made her a multimillionaire.

The work, a masterpiece attributed to the 13th-century Italian painter Cimabue that was discovered earlier this year, sold for 24 million euros ($26.6 million) Sunday.

Dominique Le Coent of Acteon Auction House, who sold the masterpiece to an anonymous buyer near Chantilly, north of Paris, said the sale represented a “world record for a primitive, or a pre-1500 work.”

“It’s a painting that was unique, splendid and monumental. Cimabue was the father of the Renaissance. But this sale goes beyond all our dreams,” Le Coent told The Associated Press.

An auctioneer spotted the painting in June while inspecting a woman’s house in Compiegne in northern France and suggested she bring it to experts for an evaluation. It hung on a wall between the kitchen and dining room.

The woman will now receive “the majority” of the sale money, the auction house said.

Le Coent said experts were off the mark because it was the first time a Cimabue had ever gone under the hammer. “There’s never been a Cimabue painting on sale so there was no reference previously on how much it could make,” he explained.

Titled “Christ Mocked,” the painting measures about 10 inches by 8 inches (24 by 20 centimeters).

Art experts say it is likely part of a larger diptych that Cimabue painted around 1280, of which two other panels are displayed at the Frick Collection in New York and the National Gallery in London.

The painting’s discovery has sent ripples of excitement through the art world.

Cimabue, who taught Italian master Giotto, is widely considered the forefather of the Italian Renaissance. He broke from the Byzantine style popular in the Middle Ages and began to incorporate elements of movement and perspective that came to characterize Western painting.

Specialists at the Turquin gallery in Paris initially examined the painting and concluded with “certitude” that it bore the hallmarks of Cimabue.

Stephane Pinta, an art specialist with the Turquin, pointed to likenesses in facial expressions and buildings, as well as the painter’s techniques for conveying light and distance.

You can view a photo of the painting below: 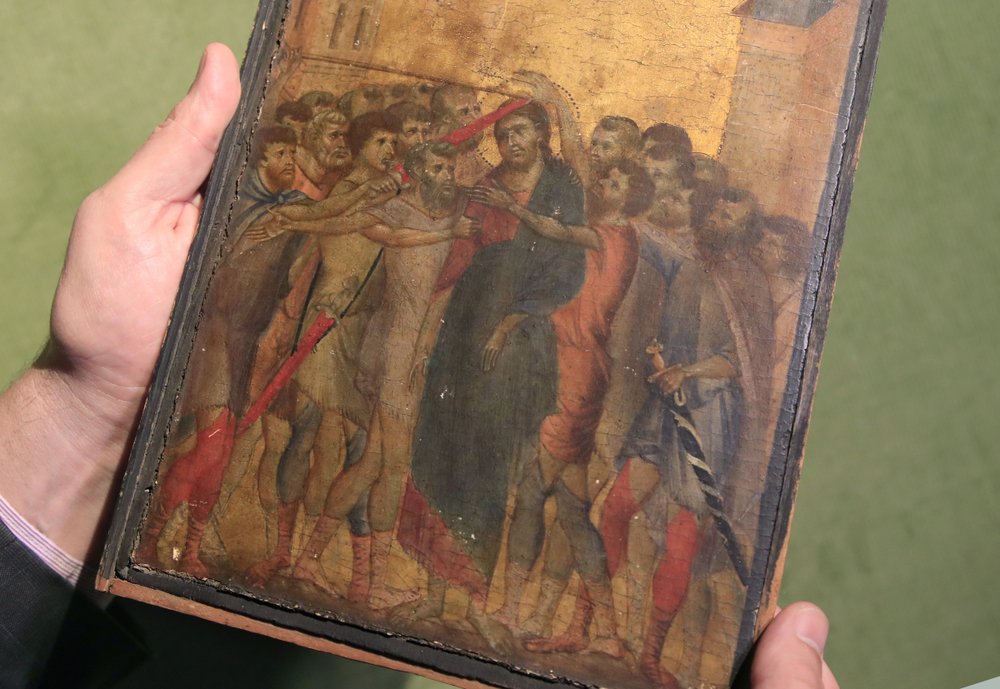