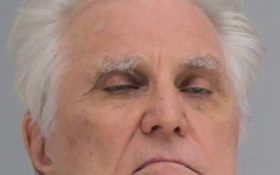 A Texas radio host and financial consultant who admitted to conning elderly listeners out of millions of dollars in a Ponzi scheme was sentenced to 25 years in prison.

The sentence was imposed as part of a plea deal that William Neil “Doc” Gallagher, 79, agreed to on Friday with Dallas County prosecutors, The Dallas Morning News reported. The North Richland Hills man was ordered to pay more than $10 million in restitution.

Gallagher targeted older, Christian listeners of his show, called “The Money Doctor,” and met with them to discuss what he said was risk-free income, prosecutors said. He guaranteed annual returns of 5% to nearly 9% if they invested in securities with him, according to the criminal complaint. He described it as a “retirement income you’ll never outlive.”

“He took advantage of some of the most vulnerable people in our society,” lead prosecutor Alexis Goldate said in a written statement. “He targeted elderly investors and individuals attracted to his Christian ideals and then stole from them.”

Gallagher has been behind bars since his March 2019 arrest. After the indictment, the Gallagher Financial Group’s assets were frozen and a lawyer was appointed to manage the funds.

Following his plea, authorities said Gallagher apologized to his friends and family.