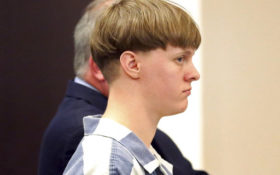 A white supremacist sentenced to death for killing nine worshippers in a racist attack at a Charleston church has petitioned an appeals court for mercy.

Attorneys for Dylann Roof filed notice Tuesday they were appealing his conviction and sentence to the 4th U.S. Circuit Court of Appeals.

Earlier this month, the federal judge who presided over Roof’s trial rejected his first appeal, ruling the conviction and death sentence for the June 2015 massacre at Emanuel AME church should stand.

Roof argued his crime didn’t fit the definition of interstate commerce needed for a federal case. The judge ruled Roof used a telephone to call the church and the bullets and gun were manufactured in a different state.