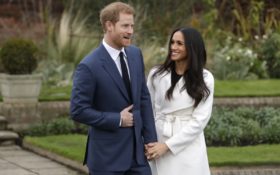 Most newlywed couples are more than happy to receive dishes and home decor for the wedding gifts, but Queen Elizabeth wanted to go above and beyond for her grandson and his new bride.

The Queen is picking up the tab for Prince Harry and Meghan Markle’s new home — but it is not just any house, it is the York Cottage located on royal property.

The new royal couple already lives in the royal household Nottingham Cottage on the grounds of Kensington Palace, but the Queen determined the couple will need another mansion getaway.

The Duke and Duchess of Sussex’s new home is located on Sandringham Estate, which is reportedly a 20,000 acre estate in Norfolk. It is 110 miles northeast of Kensington Palace.

According to Fox News, the estate has been in the royal family since roughly 1862, and the Queen inherited the land from her father King George VI in 1952.

The home was once the home to the Queen’s grandparents, King George V and Queen Mary, the Duke and Duchess of York.  The couple lived at the estate until 1925 until King George V’s mother passed away.

Harry and Meghan’s new residence is said to resemble, “three Merrie England pubs joined together, oozing charm and character,” according to Fox News.

The couple is said to now have three separate properties including Nottingham Cottage, and a home in The Cotswolds.