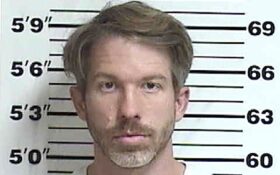 An Iowa prosecutor has been charged with harassment for allegedly threatening to pursue meritless criminal charges against his ex-fiancee, a doctor from Iran, that he warned could cause her deportation.

Ryan McCord, 40, was an assistant Des Moines County attorney in Burlington when he allegedly harassed the woman for months after they ended their relationship, according to a criminal complaint filed Monday.

The woman works as a physician at the Great River Medical Center in Burlington on a visa for foreign-born doctors.

McCord falsely told the woman that he had a pending domestic violence charge against her at the sheriff’s office that could be filed if they didn’t get back together, the complaint says.

“The reason I’m not moving forward is because I still have hope in our relationship … but I could file the charges any time in the next two years,” he allegedly told her in one social media message.

McCord claimed that she had committed felony assault and that such a case could have consequences for her immigration status, including potential deportation. He also warned he could give her supervisors at the hospital negative information that would damage her employment, the complaint says.

The woman has denied any violence allegation. Increasingly concerned about McCord’s threats, she went to the sheriff’s office in August asking whether any charges were pending against her. She ultimately gave details about the alleged harassment to the Division of Criminal Investigation, which took over the case.

McCord had met with a deputy last year to make allegations against the woman, saying he only wanted to have his claims documented and not investigated, the complaint says. He withdrew the allegations when told that wasn’t an option.

McCord, who prosecuted felonies and other crimes, was fired on Aug. 28, Des Moines County Attorney Lisa Schaefer said. Schaefer would not give the reason for terminating McCord, who had been with the office for one year.

Elizabeth Garvish, an immigration attorney representing the hospital and the woman, said the threat of arrest or charges would not impact anyone’s immigration status. She said one must be convicted of a crime for there to be consequences.

She said the doctor was providing a “wonderful service to our country” by serving patients in an underserved region and was shaken up by the situation.

“If you are an immigrant during the Trump administration, when people start throwing the word ‘deportation’ around, it’s a threat. It’s scary for people,” she said. “Immigrants feel unwanted in our country right now.”

The harassment also included repeated phone calls from a restricted phone number and an in-person visit by McCord to her apartment, the complaint says.

McCord did not return email and phone messages seeking comment. He told investigators that he “probably” had made statements that could be construed as threats to the woman’s immigration status, employment and criminal record.

Authorities arrested McCord on Monday in Centerville, where he has since moved. He was booked at the county jail and released after posting $500 bond. The third-degree harassment charge is a simple misdemeanor that carries a maximum penalty of 30 days in jail.

In court filings Tuesday, McCord entered a plea of not guilty, demanded a speedy trial and asked for a public defender to represent him.

To avoid a conflict of interest with Des Moines County, a judge has appointed an Appanoose County prosecutor to handle the case.