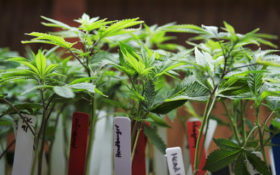 The state of Maine has shut down a Facebook page detailing the potential dangers of marijuana use in response to a satirical page launched by pro-pot critics.

State Center for Disease Control spokeswoman Emily Spencer tells Maine Public that Maine took the page down out of concerns about consumer confusion, misinformation and message dilution. She said Maine asked Facebook to review the satire page for compliance with standards.

Maine launched the online awareness campaign earlier this fall, with a budget over $300,000. A related website remains active.

Critics called Maine’s page “prohibition propaganda” at a time when marijuana is legal for medical and recreational uses in Maine.

Marijuana advocate Paul McCarrier, who says he wasn’t involved in the satire site, says Maine’s response demonstrates the ineffectiveness of the original campaign.